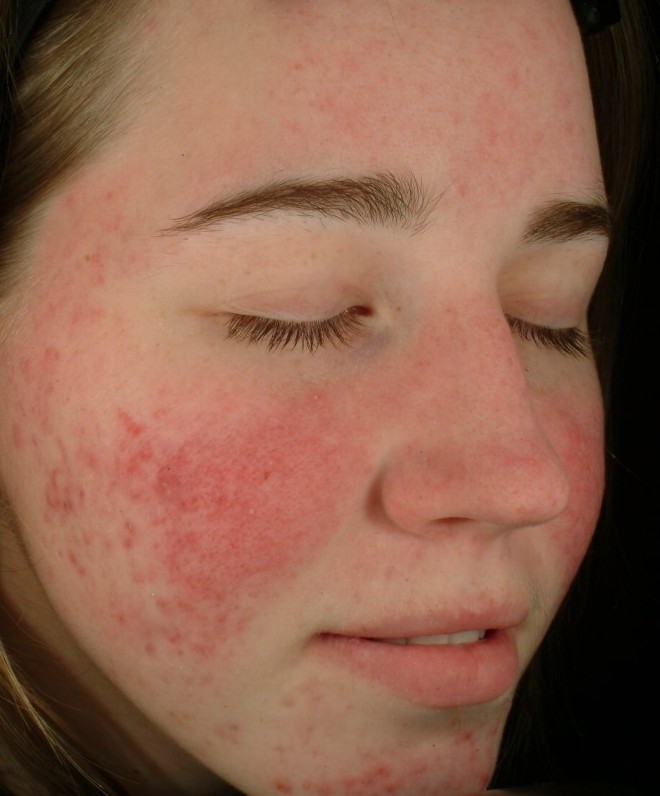 Rosacea is skin condition resulting in irritation and redness of the skin, usually at the cheek area of the face. While relatively harmless from a medical perspective, the swelling, redness and acne-looking scars caused by the condition can lead to issues of self-esteem in sufferers.

Although there has been plenty of researches and theories, the root cause of this disease still remains unknown. Unfortunately, there’s still no known cure for this condition but there are measures to manage the symptoms.

Many experts believe that this condition has a neurogenic component. This means that a stimuli from the nervous system can directly influence a person’s rosacea. This is the reason why emotional responses such as feeling angry or embarrassed can trigger a flare. Our nervous system has been studied to affect inflammatory process, blood vessel and even the skin’s sebaceous activity.

All the participants reported no adverse effects or any relaxation or weakness of their cheek muscles. That is because the Wrinkle reduction treatment was administered intradermally unlike in treating wrinkls where it is given deeper in the skin.

Unfortunately, not all sufferers will have access with Wrinkle reduction treatment . However, the treatment works satisfactorily overall. It is critical to assess the type of rosacea a person suffers. There has been more success in treating erythematotelangiectatic rosacea, which is characterized by a persistent flushing and redness of the face.

Experts say that combination therapy still provides the best results. The goal of treatment is still centered on what is known about the skin disease by using a standard of care – and discover new forms of treatment that are safe, effective and scientifically sound.

Wrinkle reduction treatment vs. Dysport – The Differences and Similarities

How to Prevent Overuse of Dermal Fillers