Wrinkle reduction treatment – Much More Than a Wrinkle Treatment 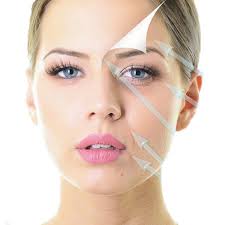 When it comes to discussions of onabotulinumtoxinA, which is commonly referred to as Wrinkle reduction treatment or botulinum toxin A, most people immediately think of its effects on helping to smooth wrinkles. However, before you scoff at this particular injection as nothing more than a type of cosmetic procedure, you really need to consider the numerous other uses for which it has gained FDA approval, as well as those that are being researched and discovered every day. While the most commonly recognized treatments involve treating wrinkles, there are many other uses for this drug. Keep reading to find out why Wrinkle reduction treatment is considerably more than a wrinkle treatment.

What Is Wrinkle reduction treatment ?

Wrinkle reduction treatment is an injectable drug that is derived from bacteria known as Clostridium botulinum, which is considered a neurotoxin and commonly known as the cause of botulinum toxin. This bacterium is naturally occurring in the environment, typically in the sediment of lakes, streams, cultivated soils, forests coastal waters and other untreated waters, where it is generally in an inactive state. The substance does not become a threat until the cell population of the bacteria increases, which can result in the production of botulinum toxin. While a single gram of this material could kill up to one million people, Wrinkle reduction treatment has been proven effective as a treatment option for many health issues, including as a cosmetic treatment for wrinkles.

It is important to understand the distinction between Wrinkle reduction treatment and the potentially deadly form of food poisoning known as botulism. While the two are related, botulism is caused by ingesting something that contains one of the neurotoxins produced by the Clostridium botulinum bacteria. When administered properly and under the direct care of a physician, Wrinkle reduction Injections do not cause this deadly illness.

Before getting into a discussion on the potential illnesses treatable with Wrinkle reduction treatment , it is important to understand that its use in medicine is highly controlled. The dosage, which is in very small concentrations, is given in specific amounts and frequencies that have been proven safe by the FDA. In fact, beyond its use as a wrinkle treatment, Wrinkle reduction treatment has been used for treating around 20 different medical conditions. Additionally, the manner in which the substance is injected is also important – when Wrinkle reduction treatment is injected directly into a specific muscle or group of muscles, the overall risk of it spreading into other parts of the body is lessened. When the toxin is ingested in the form of food poisoning, it can go nearly anywhere in the body, which is what ultimately causes the conditions affecting the lungs and heart that cause death. The following are some of the most common uses for Wrinkle reduction Injections.

Bladder dysfunction, which is often called overactive bladder, is a condition that is marked by frequent, sudden urges to urinate, as well as urinary incontinence. While this condition is typically treated using medications known as anticholinergics, they are not always effective in treating all patients. Wrinkle reduction treatment is also used in the treatment of detrusor overactivity, which is a type of urinary incontinence that occurs in those suffering from neurologic conditions such as Multiple Sclerosis.

Blepharospasm is one of the first conditions approved for Wrinkle reduction Injectionuse. This condition, which occurs when the muscles in the eye contract uncontrollably, results in nearly constant blinking, or in some cases, complete closing of the eye for extended periods.

Strabismus, which is commonly referred to as crossed eyes, was also one of the first conditions in which Wrinkle reduction Injections were approved for use. This issue, which results in the eyes looking in different directions or one eye pointing in towards the nose, is also due to the constriction of or weakness of particular muscles in the eyes.

Even though there are varying opinions in the medical field concerning the overall effectiveness of using Wrinkle reduction treatment for migraine headaches, it is quickly becoming a popular option for patients who have been unable to gain relief using other medications. When used for headaches, the injection is given either in the forehead area or in the neck and shoulders to relieve the pain and tension that is believed to be causing the migraines. In most cases, this treatment is only used in those who have 15 or more migraines or headaches per month that last for a minimum of four hours.

Another popular use for Wrinkle reduction Injections is for those who suffer from excessive sweating. In this condition, which is typically most noticeable in the armpits, is a condition that results in uncontrollable sweating. For many sufferers, the use of prescription strength antiperspirants and other topical treatments are ineffective. However, many have found that the amount of sweat lessens after they are given Wrinkle reduction Injections.

Cervical dystonia is a condition that occurs when the muscles in the neck either spasm or contract continually. When this happens, it often causes abnormal movements in the neck and/or head, as well as severe muscle pain. In many cases, the neck is either rotated to the left or right, the head leans towards one side or the other, the head is forced forward or the head is forced backward. Wrinkle reduction Injections have been used in the treatment of cervical dystonia with varied amounts of success.

Those who suffer from upper limb spasticity have muscles in their elbows, wrists fingers and/or thumbs that have increased muscle tone. As a result, they are often unable to move or control the affected limbs on their own. Instead, the muscles contract uncontrollably or spasm, resulting in the affected limbs remaining in contorted positions. Wrinkle reduction Injections have been approved for use in treating this condition, however, only in patients who are over the age of 18 years.

While it is well known that Wrinkle reduction treatment is frequently used as a cosmetic treatment for wrinkles, it is actually approved for use in treating crow’s feet, which are the fine lines that appear beside the eyes when you smile, and frown lines, which appear in the area between the eyebrows when you frown or squint your eyes. Both of these are the most commonly referred to cosmetic treatment options for those who choose Wrinkle reduction Injections.

As you can see, each of these seven conditions involve the muscles in a particular area of the body, with most of them occurring due to involuntary contractions. In most cases, these spasms are due to a neurotransmitter known as acetylcholine, which triggers the contraction of muscles. However, in order for acetylcholine to be released, specific proteins, syntaxin, SNAP-25 and VAMP, are required. When Wrinkle reduction Injections are used, the toxin targets the SNAP-25 protein, which makes it so that the acetylcholine cannot be released.

Wrinkle reduction Injections are used to treat these conditions due to its effects on the SNAP-25 protein and inhibiting the release of acetylcholine. Wrinkle reduction treatment works by attaching itself to the nerve endings, where it essentially stops the release of the neurotransmitter responsible for the muscle spasms. In all of these conditions, including as a wrinkle eliminator, the Wrinkle reduction Injectionessentially paralyzes the muscle causing the problem. When these muscles are paralyzed due to the acetylcholine not being released, it often provides significant relief by relaxing the muscles.

While many don’t realize it, cosmetic Wrinkle reduction Injections result in the same effects as with other health conditions related to muscle spasms. Once injected, the substance paralyses the facial muscles, which means they cannot contract in the areas around the eyes and forehead. As a result, the wrinkles relax and appear to go away since the muscles are not pulling the skin together. The paralysis of these muscles is directly related to the antiaging effects that so many people seek when choosing Wrinkle reduction Injections for cosmetic treatments.

While you may be ready to speak to your doctor right away about one of these uses for Wrinkle reduction treatment , it is also important that you understand the potential side effects of using the drug. As with any drug, there are varying degrees of severity and commonality in the potential side effects. Some of the most common include bruising or swelling in the area in which the injection was given. Some patients may also experience headache or flu-like symptoms.

In some cases, especially if the injection is not placed properly, the Wrinkle reduction treatment can spread to other nearby tissues in the area in which it was given. In these situations, the most common side effects include excessively dry or tearing eyes, drooping eyelid, crooked smile or eyebrows that appear cocked or at an angle.

There are also severe side effects that occur very rarely with the use of Wrinkle reduction Injections. Symptoms such as trouble seeing, breathing, speaking or swallowing, all-over muscle weakness or being unable to control the bladder require immediate attention from your doctor. These more severe side effects can occur within hours of first receiving the Wrinkle reduction treatment injection, or they can take several weeks to appear.

Make Sure to Choose Your Doctor Wisely

There are a growing number of people in some areas that throw Wrinkle reduction treatment “parties”. People attend these parties to have Wrinkle reduction Injections. However, it is quite dangerous to consider this as a viable option when seeking the beneficial effects of the medication. Proper administration of the injection greatly decreases the possible side effects, and it is not always possible to determine whether the person giving the injections is trained and authorized to do so. Additionally, it is much safer for someone to receive this type of injection in a proper medical setting so that the proper steps can be taken if any severe reactions occur after the administration of the drug. Choosing to visit one of these parties, or failing to seek a professional that is experienced in using the drug can result in serious and sometimes deadly consequences.

Once you’ve chosen the appropriate doctor, it will help if you understand what to expect when you get your Wrinkle reduction Injections. If you have any concerns about whether you will tolerate the actual injection process well, you should discuss your concerns with your physician. He or she will be able to recommend a numbing injection, a prescription cream or a freezing spray that may help relieve the discomfort.

Wrinkle reduction Injections are administered using a small needle. The injections are typically given in a series of very small amounts, but this will vary depending on the condition for which you are being treated. Once the injections have been given, you can generally return to your normal activities. However, you will need to make sure you don’t rub or touch the injection sites to make sure the toxin doesn’t migrate to other areas.

Now that you understand the many different uses of Wrinkle reduction Injections, you can speak with your own doctor to determine if it is a potential treatment option for you condition. You should also speak to your doctor if you have any questions or concerns about using the treatment option.